Memory Palaces: Inside the Collection of Audrey B. Heckler

The collection of Audrey B. Heckler is emblematic of the growth of the field of self-taught art in the United States, which manifests a strong interest for African American artists, a consistent attention on American classics, a curiosity for European art brut, and a search for international discoveries. For the last twenty-seven years, Heckler—a long time and committed patron of the American Folk Art Museum—has surrounded herself with excellent examples by the most significant artists associated to this art niche, among them Emery Blagdon, Aloïse Corbaz, William Edmondson, August Klett, Augustin Lesage, Martín Ramírez, Thornton Dial, and Anna Zemánková.

The perspective for this exhibition is centered on an individual approach to each work and its creator. The viewer is invited to consider the artworks as memory palaces—known as the “method of loci”—visualizations used to organize and recall stores of information in an ever-expanding mental landscape. The one hundred and sixty works selected, created by more than seventy artists, are paired with primary and secondary sources (artist statements, oral histories, interviews, and museum archives) or offered a closer look in the form of case studies, considering their visual grammar, technical ingenuity, and materiality.

A 272-page book, The Hidden Art: 20th- & 21st-Century Self-Taught Artists from the Audrey B. Heckler Collection (New York: Skira Rizzoli, 2017) is available to purchase at the Museum Shop.

What Critics Are Saying

“A rich, deep vein of self-taught artists shining forth… a comprehensive introduction to all the category’s varieties, from the inordinately expressive to the staggeringly obsessive.” ⁠- Will Heinrich, The New York Times

“The American Folk Art Museum is the most underrated cultural resource in Manhattan. Show after show, mounted with grit, intelligence, and love in the museum’s difficult lobby space, luxuriates in the glories of self-taught visionary artists. This fall, see a deep dive into Heckler’s magnificent collection of their work.”
—Jerry Saltz, New York Magazine

“This exhibition celebrates the collection assembled over nearly three decades by Audrey B. Heckler, a trustee of the American Folk Art Museum and seasoned patron of self-taught art, whose creators are increasingly seen as intrinsic to modernism. The works range from European Art Brut to the American folk canon that emerged in the last century and the amazing African-American artists of the South. It promises more than 160 objects by around 80 artists, with some displays in “cabinet of curiosities” concentrations like those Ms. Heckler has arranged in her New York apartment.”
—Roberta Smith, The New York Times

“The exhibition gives us a chance to see what must be one of the most discerning and wide-ranging collections of self-taught, or outsider, art in this country. There are top-notch works here…” – Sanford Schwartz, New York Review of Books

“The American Folk Art Museum has scored a major coup with this exhibition of works from the collection of Audrey B. Heckler, who has bought some 500 artworks by self-taught since 1993. Two years ago, New York dealer Sara Kay held a gem of a show drawn exclusively from Heckler’s holdings, but the Folk Art museum will go much bigger, showcasing some 160 works by more than 70 artists, including Aloïse Corbaz, Martín Ramírez, Thornton Dial, and Anna Zemánková.”
—Sarah Cascone and Caroline Goldstein, Arnet.com

“Each of these works could only have been wrought from a particular mind, and this exhibition gifts the viewer a couple of paces within each of these monastic creations. It is, one might say, a constellation of memory palaces.” — Lisa Yin Zhang

“Although diverse, the art on view is united, as the show’s title suggests, by a shrugging off of realist observation in favor of vividly mapped recollections and interior landscapes.” — Johann Fateman, The New Yorker

All photography © Visko Hatfield, courtesy of the Foundation to Promote Self Taught Art and Rizzoli International Publications, Inc.

The exhibition is supported in part by the David Davies and Jack Weeden Fund for Exhibitions, the Ford Foundation, the New York City Department of Cultural Affairs in partnership with the City Council, the New York State Council on the Arts with the support of Governor Andrew M. Cuomo and the New York State Legislature, and the Council for Self-Taught Art.

The exhibition is supported in part by the David Davies and Jack Weeden Fund for Exhibitions, the Ford Foundation, the New York City Department of Cultural Affairs in partnership with the City Council, the New York State Council on the Arts with the support of Governor Andrew M. Cuomo and the New York State Legislature, and the Council for Self-Taught Art. 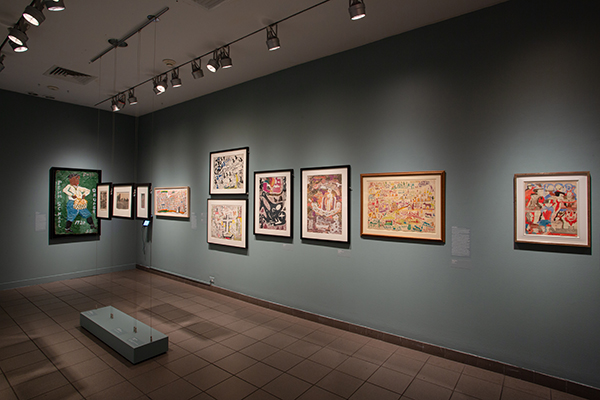 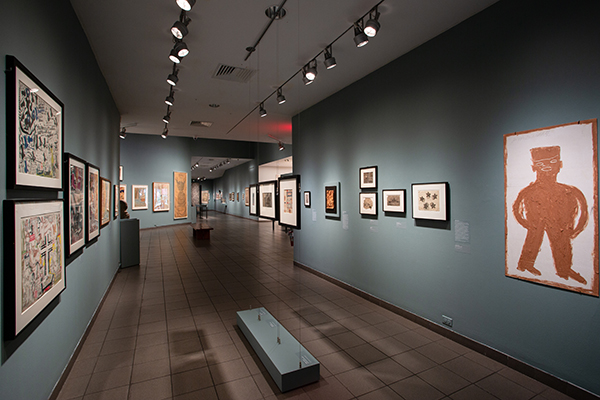 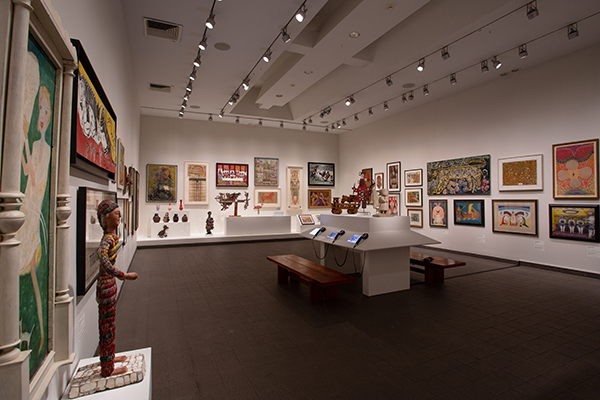 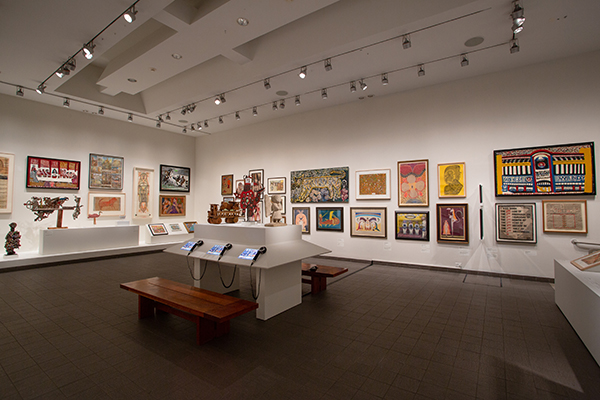 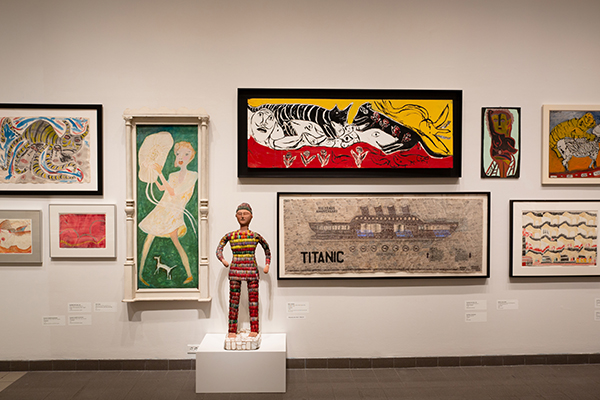 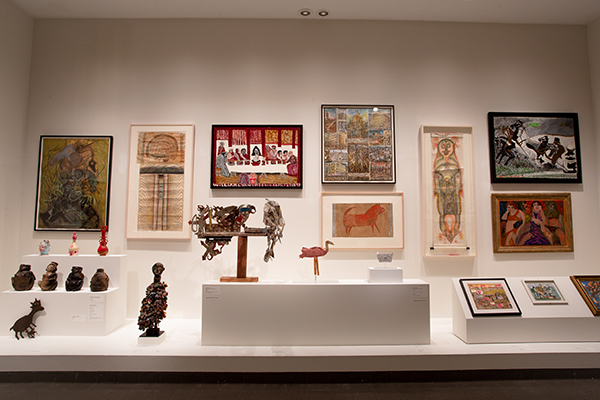 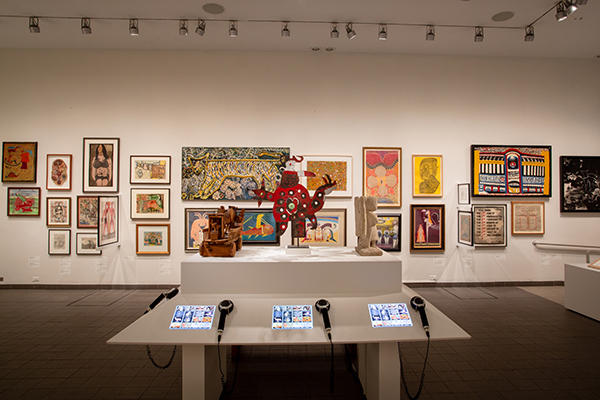 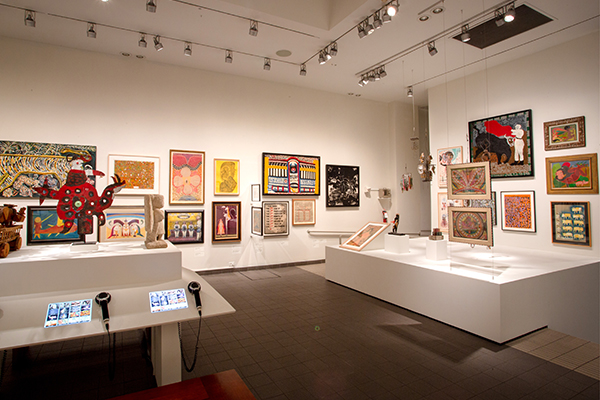 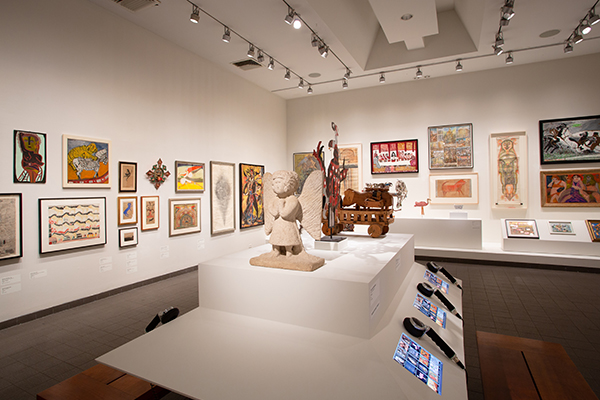 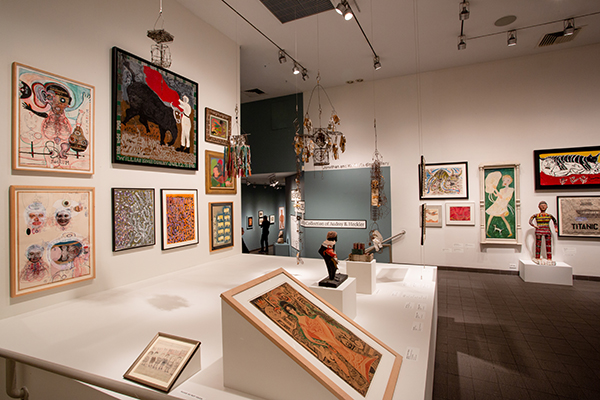 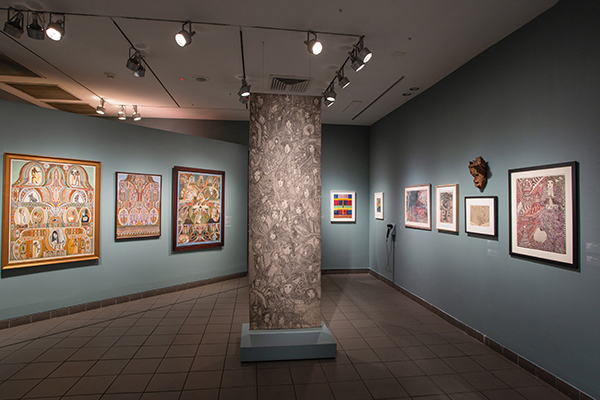 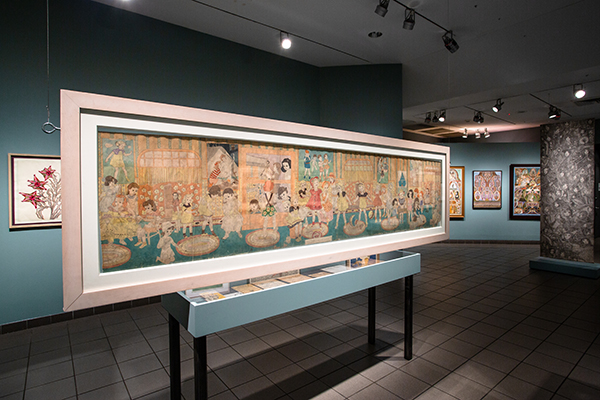 “Memory Palaces: Inside the Collection of Audrey B. Heckler” at the American Folk Art Museum