This half-day symposium will bring curators and scholars together to examine New York City as the center for commercial and artistic innovation through the works on view in Made in New York City: The Business of Folk Art. The morning session, “The Business of Art,” will focus on objects made by artists, artisans, and manufacturers in eighteenth- and nineteenth-century New York. The afternoon session, “The Art of Business,” will expand on the history of commerce and consumer culture during this period, as reflected in works of art included in the exhibition.

10:40 AM:  “Updates and Deep Dives: Behind the Scenes of the Exhibition,” Elizabeth V. Warren, Independent Curator

11:20 AM: “Potters and Politicians: The Crolius and Remmey Families of Pott-Bakers Hill,” Meta Janowitz, Historical Archaeologist and Professor, School of the Visual Arts

This program is generously supported in part by the Victorian Society New York, Margot Gayle Fund.

Daniel Finamore is the Russell W. Knight Curator of Maritime Art and History at the Peabody Essex Museum (PEM). Finamore has organized more than fifteen exhibitions of American and European painting and decorative arts at PEM. He holds a BA from Vassar College, where he studied anthropology and art history, and an MA and PhD from Boston University, where he studied archaeology. He has conducted extensive archaeological field research in Belize and elsewhere, and was awarded a prize from the Society of American Archaeology for an outstanding doctoral dissertation. Finamore has received grants from a diverse range of funders for his research and exhibition projects, including the National Endowment for the Humanities, National Science Foundation, and the National Endowment for the Arts. He has written more than forty articles and chapters for academic and popular publications, and is the author and/or editor of five books, including Capturing Poseidon: Photographic Encounters with the Sea (PEM, 1999), Maritime History as World History (University Press of Florida, 2008), and Fiery Pool: The Maya and the Mythic Sea (Yale University Press, 2010). He curated the 2017 traveling exhibition Ocean Liners: Modernism and Glamour, co-organized with the Victoria and Albert Museum. Finamore is also a director of the Institute for Global Maritime Studies and an honorary member of the Salem Marine Society. He has served on the executive council of the International Congress of Maritime Museums and the US National Committee of the Census of Marine Life, and has been a director of the Council of American Maritime Museums. He was a 2011 fellow of the Center for Curatorial Leadership.

Graham Russell Gao-Hodges is the George Dorland Langdon, Jr. Professor of History and Africana Studies at Colgate University. His primary areas of scholarship are colonial and revolutionary American history, social history, labor and urban America, New York City history, and Asian American history. Gao-Hodges received his PhD from New York University, and an MA from City College of New York. He is the author or editor of seventeen books, including Black New Jersey: 1664 to the Present Day (Rutgers University Press, 2018) and TAXI! A Social History of the New York City Cabdriver (Johns Hopkins University Press, 2007). His first book, New York City Cartmen, 1667–1850 (NYU Press, 1986; revised edition, 2012) is the basis for his presentation.

Meta Janowitz is a historical archaeologist with a specialty in the study of material culture, particularly salt-glazed stoneware and red earthenware ceramics made in New York City and Philadelphia. She received her BA from Beloit College and her MPhil and PhD from the City University of New York, all degrees in anthropology with an emphasis in archaeology. A major project on which she has worked is the study of the stoneware kiln wasters and manufacturing debris from the Crolius and Remmey potteries found at the African Burial Ground in Manhattan, which she discussed in an article for the 2008 edition of Ceramics in America. In her cultural resource management (public archaeology) career, she has been part of archaeological projects at many sites along the East Coast and in the Caribbean. Her academic home is the School of Visual Arts in Manhattan.

Dr. Elizabeth Mankin Kornhauser is the Alice Pratt Brown Curator of American Paintings and Sculpture at The Metropolitan Museum of Art (appointed in 2010), where she completed work on the new American paintings and sculpture galleries that opened in January 2012. She recently co-curated the major exhibition Thomas Cole’s Journey: Atlantic Crossings, which opened at The Met on January 30, 2018, and the National Gallery, London, on June 11, 2018. Kornhauser has a PhD from Boston University with a specialty in American paintings, and an MA from Cooperstown Graduation Programs, SUNY, Cooperstown, NY, in American folk art and culture. She began her curatorial career in 1976 at the Smith College Art Museum, and in 1980 at the Long Island (now Brooklyn) Historical Society in Brooklyn, NY. She co-organized the exhibition and catalog Brooklyn Before the Bridge for the Brooklyn Museum in 1982. In 1983, she joined the Wadsworth Atheneum Museum of Art as associate curator of American paintings, sculpture, and drawings, and served as the chief curator and Krieble Curator of American Painting and Sculpture from 1997 to 2010. During her tenure at the Wadsworth Atheneum, she greatly enhanced the collections with major purchases and gifts of American art. She is a graduate of the Getty Leadership Institute, Los Angeles. Kornhauser has been the recipient of numerous grants, awards, and fellowships from the Henry Luce Foundation, the Rockefeller Foundation, the National Endowment for the Arts, the National Endowment for the Humanities, the Terra Foundation for American Art, and The American Academy in Rome, among others. She has taught undergraduate and graduate courses in American art at Trinity College, Hartford, CT, and courses for New York area universities at The Metropolitan Museum.

Emily M. Orr is the assistant curator of modern and contemporary American design at Cooper Hewitt, Smithsonian Design Museum. She holds a PhD in the history of design from the Royal College of Art/Victoria & Albert Museum and an MA in visual culture: costume studies from New York University. Her primary areas of scholarship include retail history, industrial design, and consumer culture. Her PhD thesis is now the focus for a forthcoming monograph Designing the Department Store: Display and Retail at the Turn of the Twentieth Century (Bloomsbury, fall 2019).

Dr. Annie Polland is the executive director of the American Jewish Historical Society. She was formerly the vice president for programs and education at the Lower East Side Tenement Museum, where she oversaw exhibits and interpretation. She is the co-author, with Daniel Soyer, of Emerging Metropolis: New York Jews in the Age of Immigration (NYU Press, 2012), which was the winner of the 2012 National Jewish Book Award. She served as vice president of education at the Museum at Eldridge Street, where she wrote Landmark of the Spirit: The Eldridge Street Synagogue (Yale University Press, 2008). Polland also teaches at New York University. She received her PhD in history from Columbia University.

Elizabeth V. Warren has devoted the past thirty-five years to the study, writing, and curatorial work involved with folk art. Warren served as American Folk Art Museum curator from 1984 to 1991, and has been a consulting curator since then. In 2007, she was elected to the museum’s Board of Trustees. She also serves on the Board of Trustees of Bryn Mawr College. She is the curator of the American Folk Art Museum’s current exhibition Made in New York City: The Business of Folk Art. 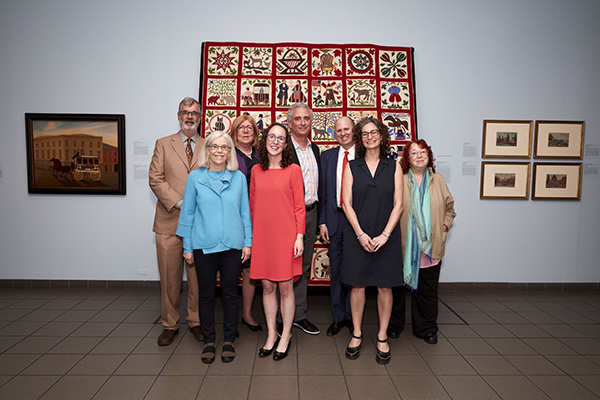 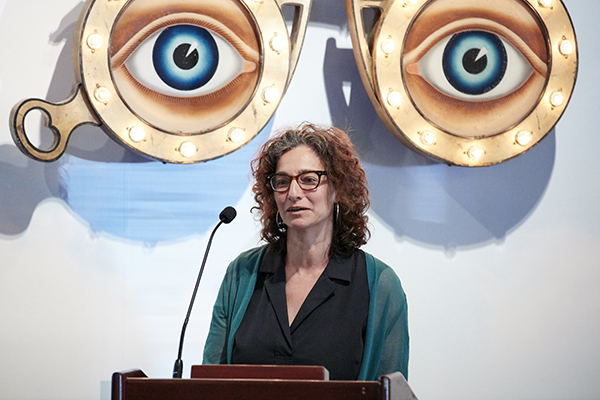 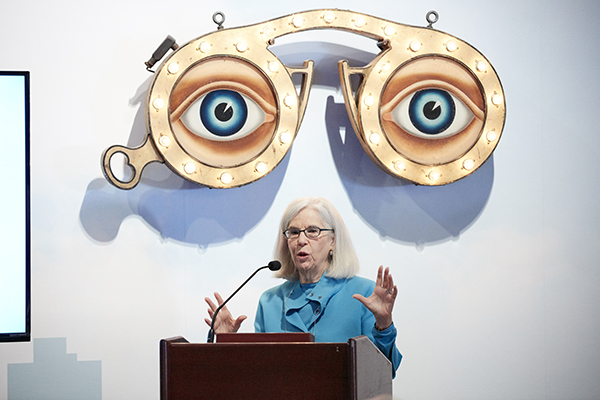 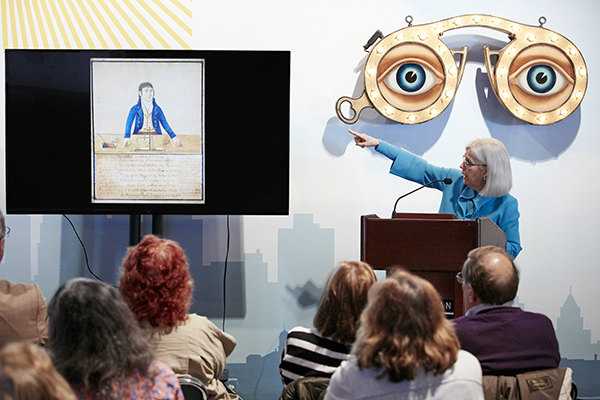 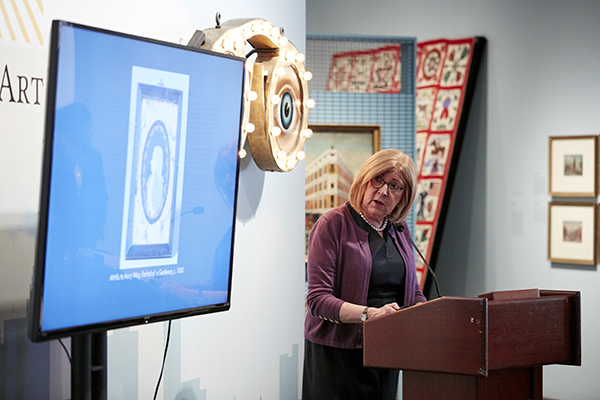 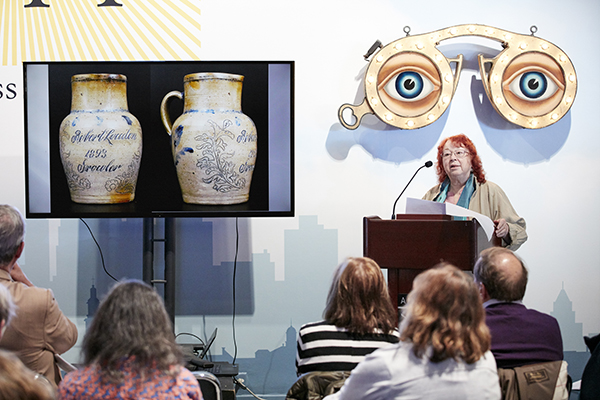 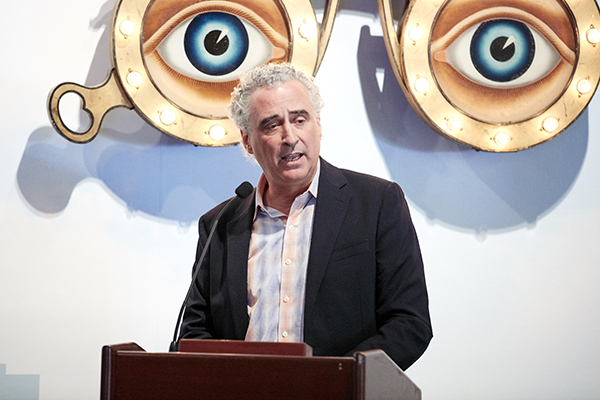 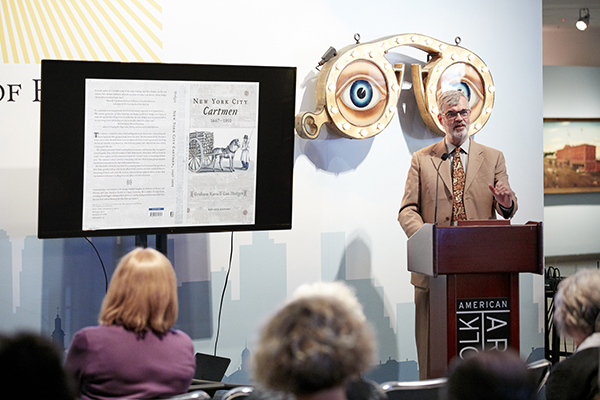 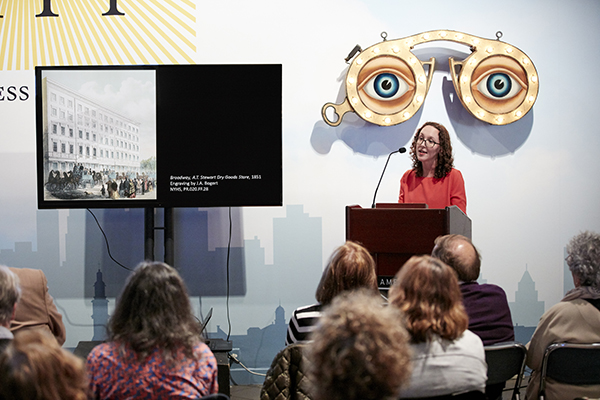