Quiltmaking has long been recognized as an important facet of American history, and individual quilts, such as Harriet Powers’s late-nineteenth-century Bible Quilt, have themselves been sought out as important historical documents. Making quilts was predominantly a domestic chore done by women. It was not only a way to provide warmth for a family but also an opportunity to practice household economy through the repurposing of fabrics. Quilts became in effect relics of a family’s life over time, pieced with a wide variety of cast-off textiles—outgrown clothing, worn linens, or remnants left over from sewing projects. In addition, quiltmaking was often a group activity, affording women the chance to work together, exchange ideas, and share stories and information. The multigenerational aspect of quiltmaking, with techniques typically taught to younger women by their elders, allowed the legacy of a family or even a community to be preserved. Thus, to look at a quilt today is to see history.

Scholarship over the last thirty years has shown an interest in quilts produced by African American women. Art-historical research was initially focused on stylistic development as an expression of African heritage rooted in the quilts made by generations of slaves in the United States. The difficulty with such studies was the tendency to look at the quilt independently of its maker and her particular circumstances and focus instead on stylistic traits that were determined from a deliberately chosen selection of quilts. The history of African American quilts that emerged thus privileged style over the artist and her experience and was often divorced from the individual quilt’s context. This typology is often completely at odds, even alien, to the thinking of many contemporary African American quiltmakers.

A number of more recent studies stand as correctives to this scholarly discourse. In her seminal book Stitched from the Soul: Slave Quilts from the Antebellum South (1990), Gladys-Marie Fry demonstrates the influence of African American quiltmakers on the history of American quiltmaking. Two years later, in 1992, Cuesta Benberry organized the groundbreaking exhibition “Always There: The African-American Presence in American Quilts,” in which she argued for the exploration of African American-made quilts and their history as the work of individuals rather than that of an anonymous, mysterious, monolithic group. Photographer and documentarian Roland Freeman and other scholars have since continued to add to our understanding of the individuality and diversity of late-twentieth-century African American quiltmakers.

“Textural Rhythms: Constructing the Jazz Tradition—Contemporary African American Quilts” steps into this discourse with a focus on quilts inspired by jazz music. The sixty-four textiles, divided into two presentations, illustrate a broad range of techniques and inspirations and examine the importance of faith in the work of the fifty-five participating artists (including four men). Viewers are able to see, hear, and feel jazz through the quilts on view. Some quiltmakers pay homage to their favorite musicians, others interpret their favorite song; yet another group reflects on the role jazz has played historically in the formation of African American identity. As a whole, their works illustrate the various styles in which multiple histories, traditions, and inspirations are expressed.

The presentation of “Textural Rhythms” at the American Folk Art Museum’s Lincoln Square branch is supported by Joyce Berger Cowin. 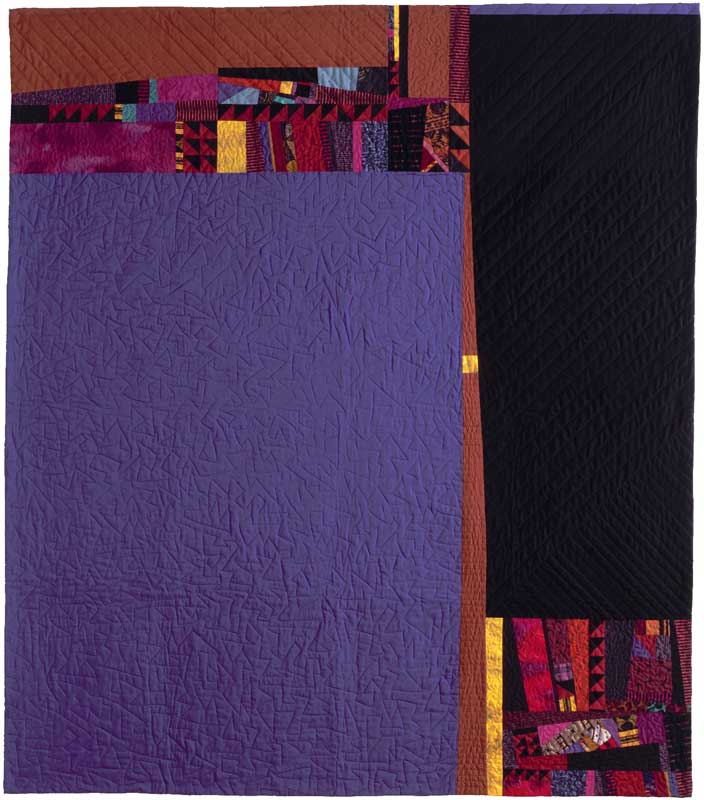 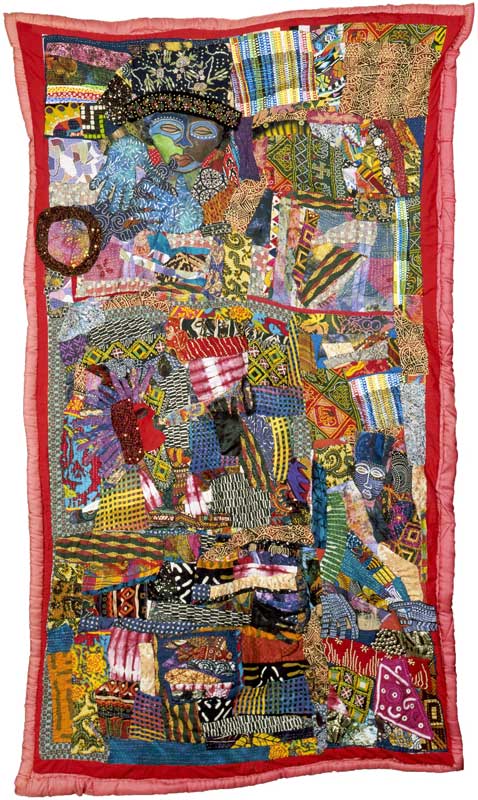 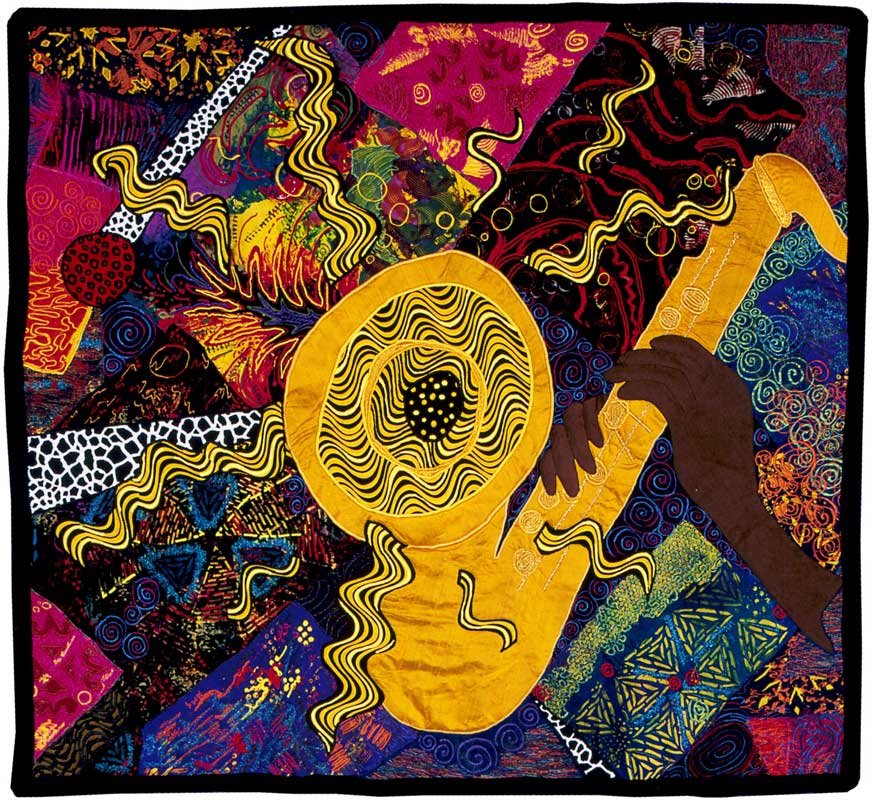 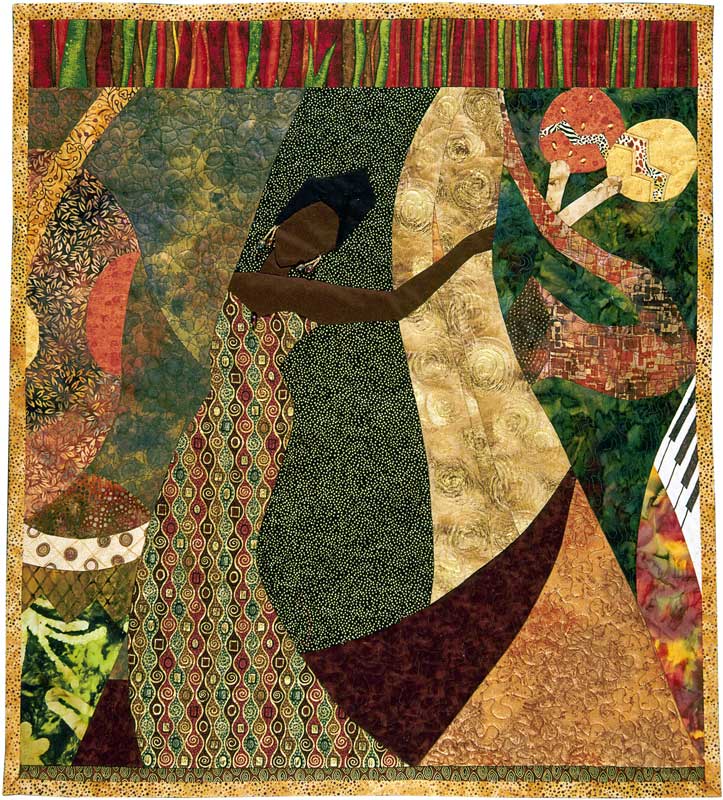 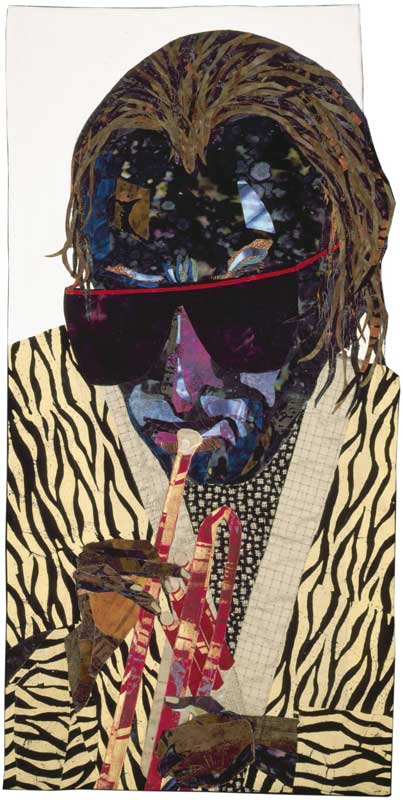 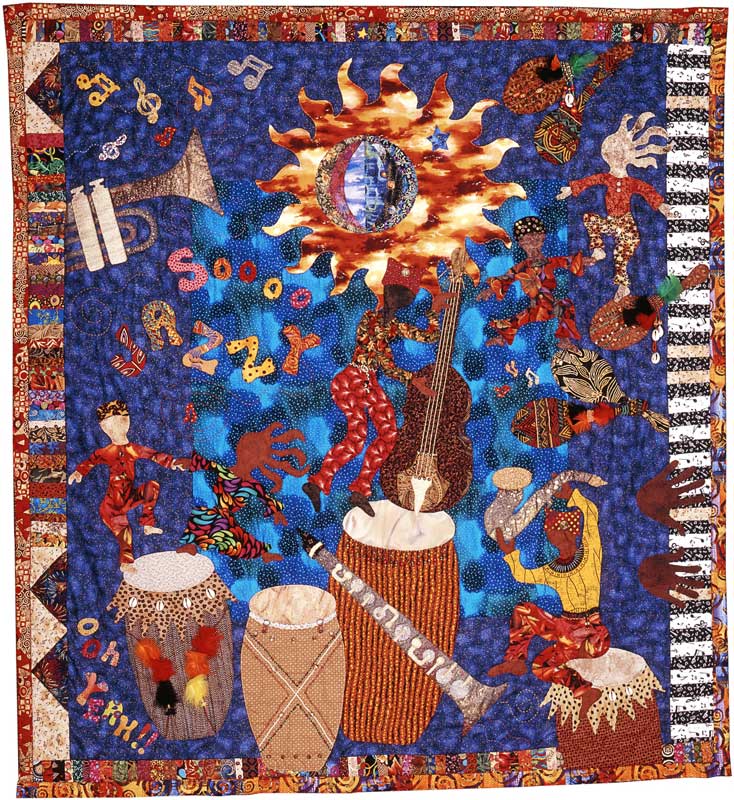 So Jazzy!
Liz Pemberton (dates unknown)
Tobyhanna, Pennsylvania
2006
Hand-quilted and appliqued cotton with beads and feathers
57 1/4 x 53 in.
Collection of the artist
Photo by Robert Geisler 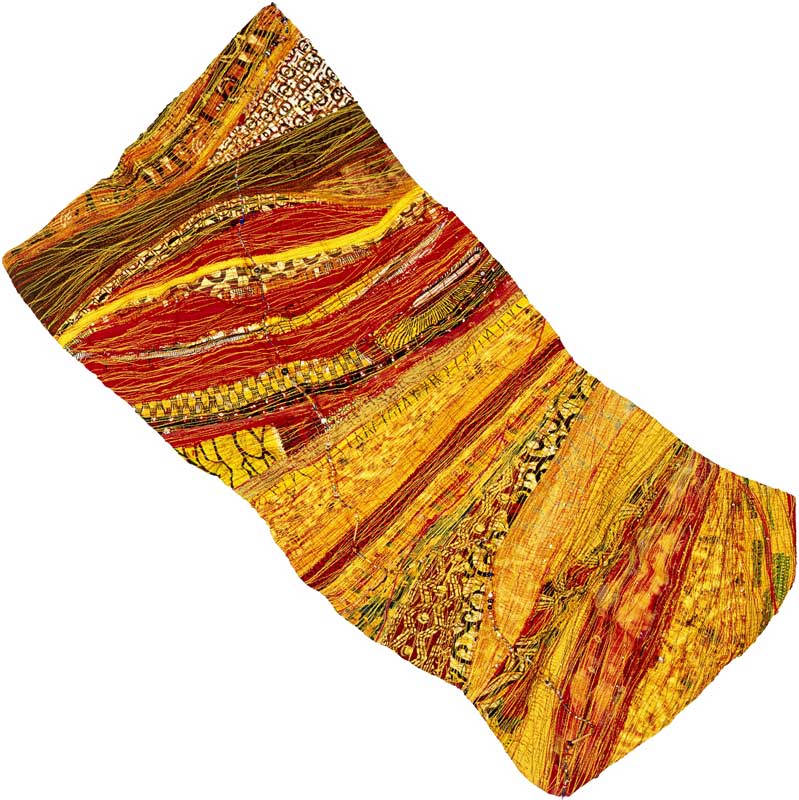 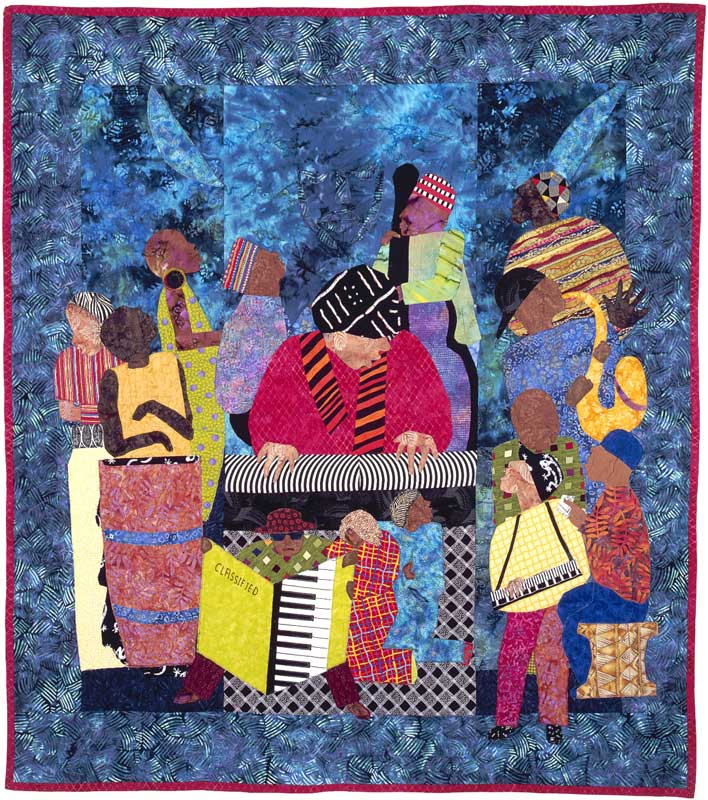 Jammin’-Passing It On: Celebrating the Life of Welden Irvine (1942–2002)
Peggie L. Hartwell (dates unknown)
Summerville, South Carolina
2006
Machine-quilted and hand- and machine-appliqued cotton
68 x 60 1/2 in.
Collection of the artist
Photo by Karen Bell 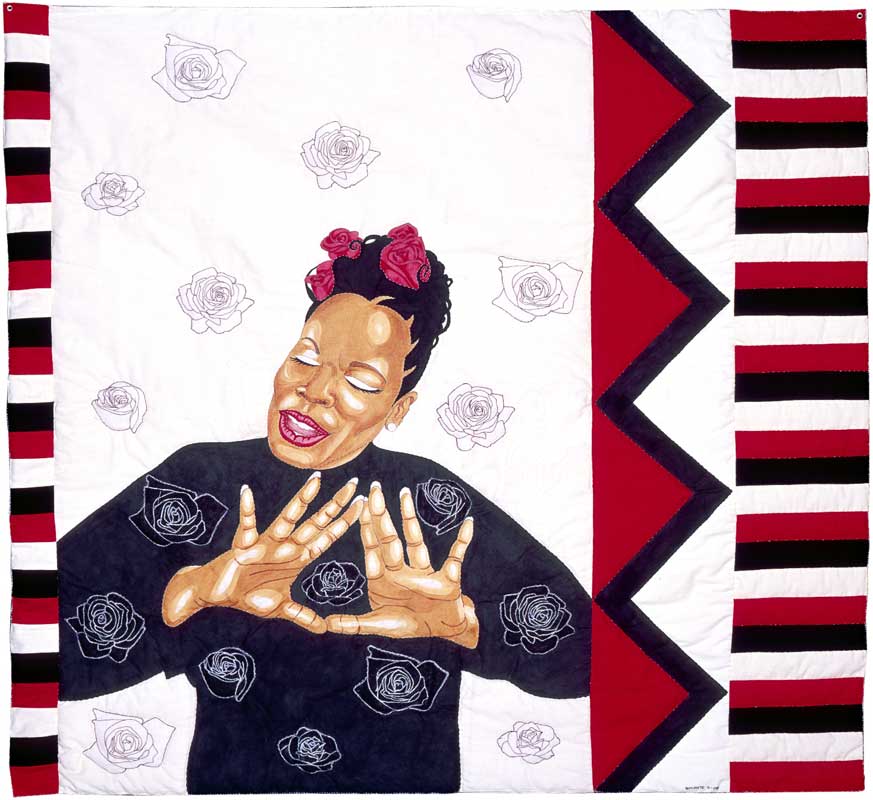 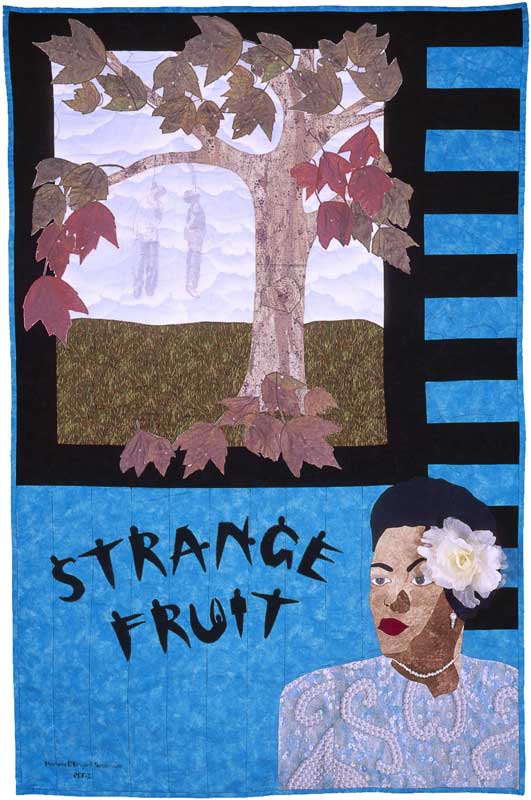 The presentation of “Textural Rhythms” at the American Folk Art Museum’s Lincoln Square branch is supported by Joyce Berger Cowin.