“I am large, I contain multitudes.” – Walt Whitman

This influential line of poetry speaks to the experience of selfhood in all its multivalent and conflicting dimensions. The expansive and inclusive scope of this idea – the notion of encompassing many within one – reflects the rich, diverse, and complex history of the American Folk Art Museum on the occasion of its 60th anniversary.

Centered around this poetic vision, the exhibition Multitudes looks back across four centuries of folk and self-taught art through an exploration of related themes: creative gestures of repetition, seriality, recurrence, iteration, variation, and innovation, as seen within artistic practices and the practice of collecting. Artworks will be dynamically juxtaposed to explore the idea of “multitudes” from two perspectives: first, the sense of multiplicity encapsulated by the production of the artists themselves; and second, the idea of “containing multitudes” as a metaphor for the museum’s collections as a whole.

Multitudes will include a wide range of works – from dazzling early American portraits, needlework, and quilts, to idiosyncratic creations of the 20th and the 21st centuries, such as sculptures made of recycled materials, color-tinted photographs, and fragments of art environments. The exhibition will present objects from AFAM’s existing collections alongside new acquisitions displayed for the first time.

Conceiving art-making and collecting as aligned creative processes, Multitudes highlights both acts of identity-formation and world-building, drawing on the array of voices, identities, and experiences contained within AFAM’s deep holdings. Non-chronological by design, the show’s organization will echo these underlying creative strategies through distinctive visual contrasts, comparisons, and clusters that reveal the museum’s fundamental structure as a collection of collections.

Marking 60 years of the American Folk Art Museum, Multitudes reflects on how the museum’s collection came to be – and how it firmly advances towards what is yet to come. This exhibition contains and expands, exploring the practices and histories that have shaped the institution over time. As a thought-provoking critical investigation, Multitudes will mark a new chapter for scholarship and engagement, considering the museum’s role as a keeper of memory for the fields of folk and self-taught art. 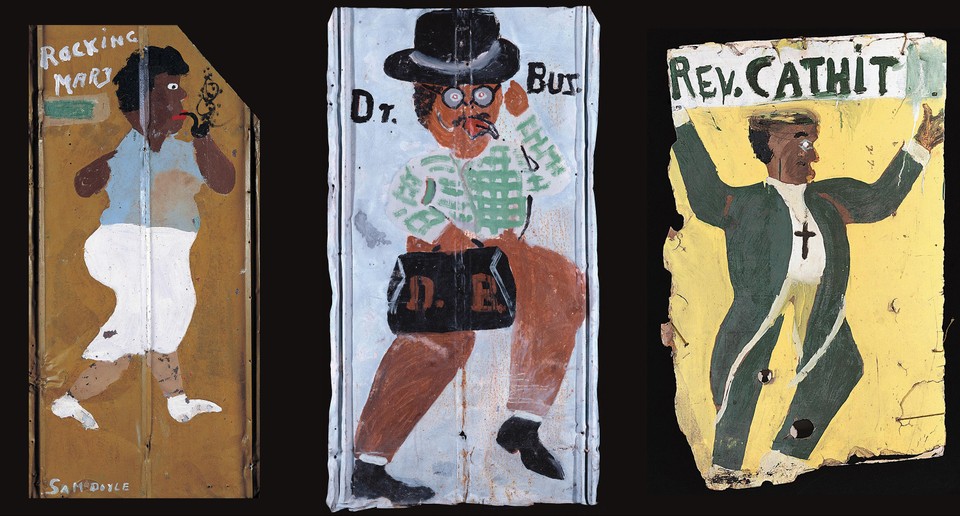