Asa Ames is a mysterious and tragic figure. The young sculptor died from consumption when he was 27 years, 7 months, and 7 days old. Though his own life was short, he immortalized family members and neighbors in the vicinity of Evans, Erie County, New York, in a legacy of twelve three-dimensional portraits of children and young adults carved between 1847 and his death in 1851.

During the period that Ames was working in Evans, there was little precedent for portraits in wood. Rare examples were carved in a classical style by some talented shipcarvers, but Ames’s veristic life-size bust-, waist-, and full-length portraits have few antecedents in American folk sculpture. One of the most intriguing artworks is a startling waist-length carving of a little girl in a pleated red dress with phrenological markings on her head, but the images that come most readily to mind are sensitive carvings of actual children that seem to embody a state of childhood innocence.

The individuation and ethereal solemnity of the carvings derive from sculptural traditions with a long lineage, from Roman portrait busts to marble statuary associated with the rural cemetery movement that was burgeoning in the 1840s. Ames’s sense of himself as an artist may be implied in the Federal Census of 1850, in which his occupation is listed as “sculpturing.” Details of Ames’s own history remain shrouded in shadow, but the work of his hands illuminates the meaningful and personal nature of the lives he captured so beautifully in wood.

Ames’s artistry has a distinct personality. His work is full of signature tics, like his careful carvings of his subjects’ hair or ears. 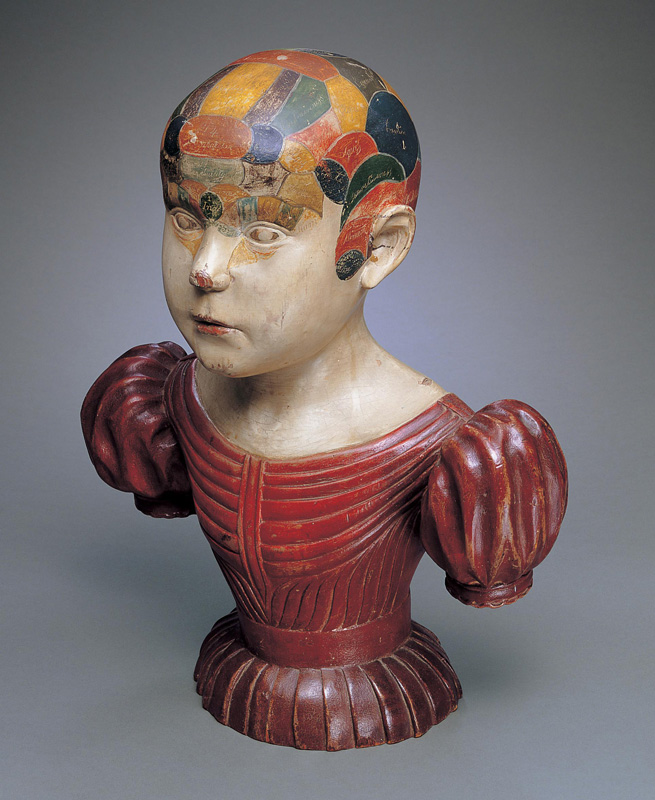 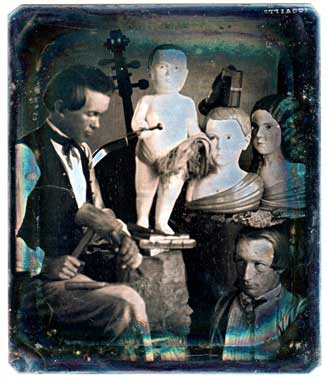 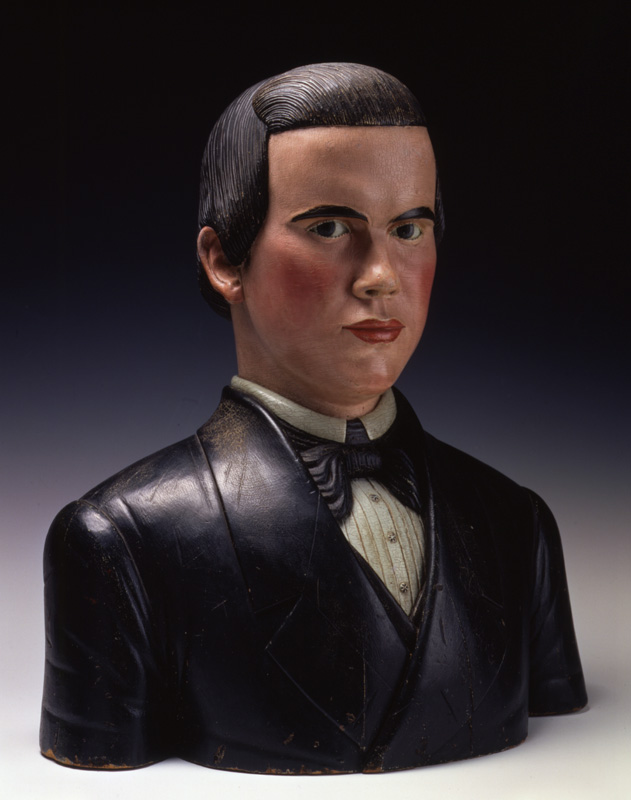 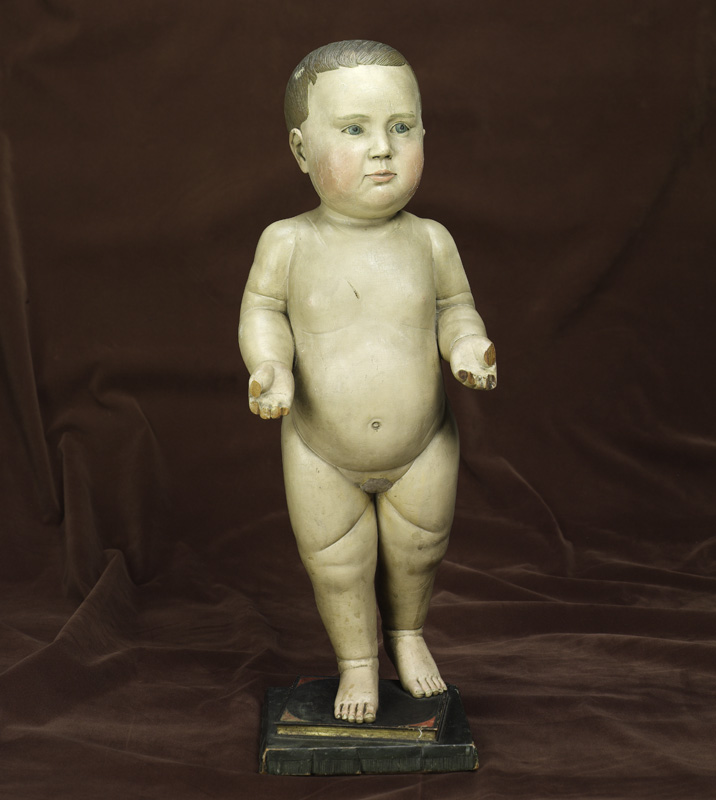 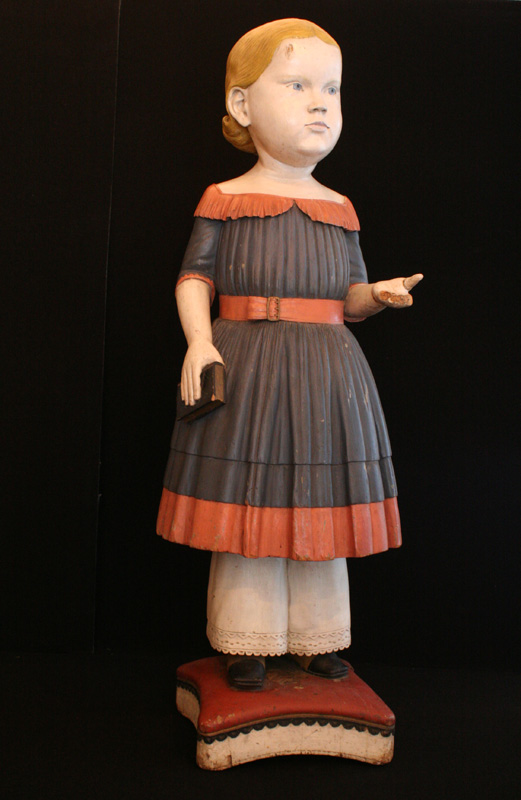 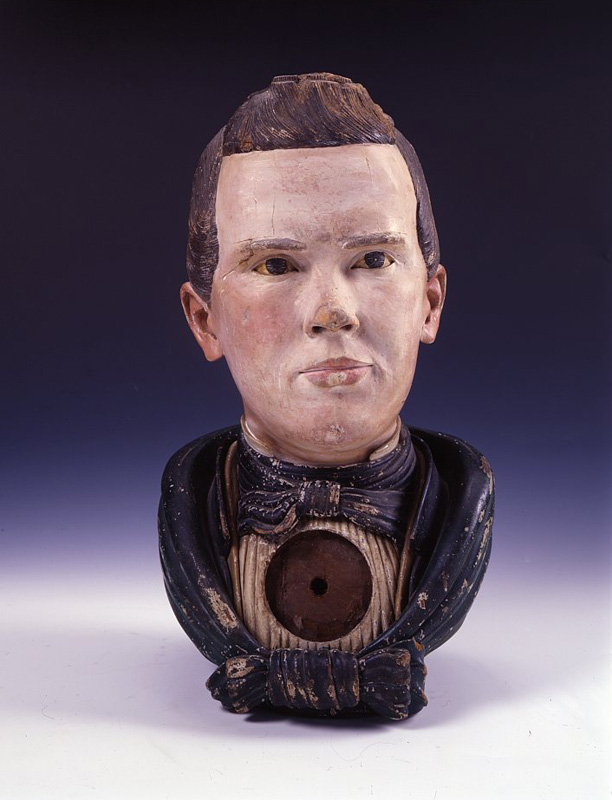 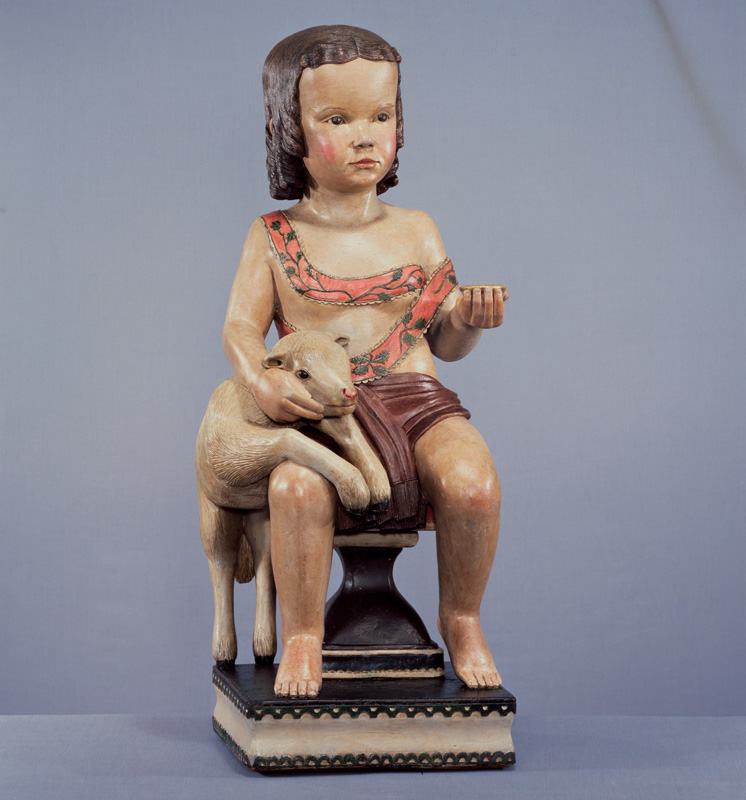 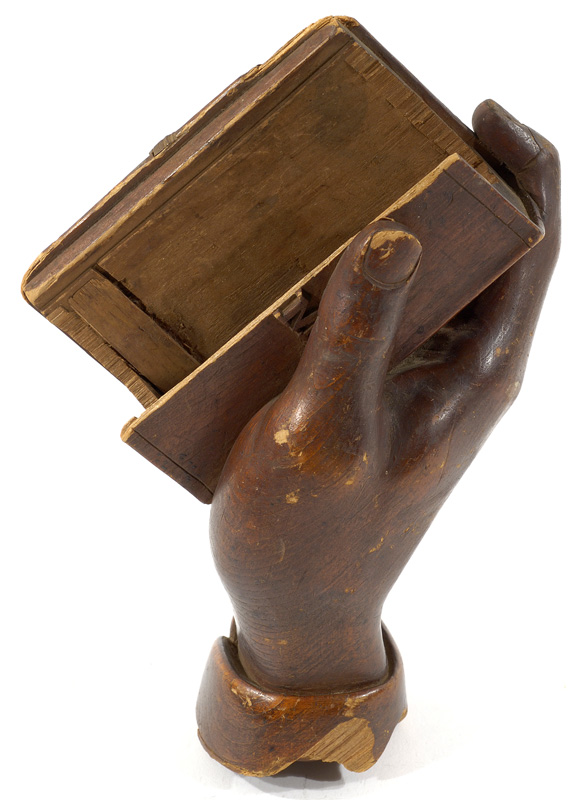 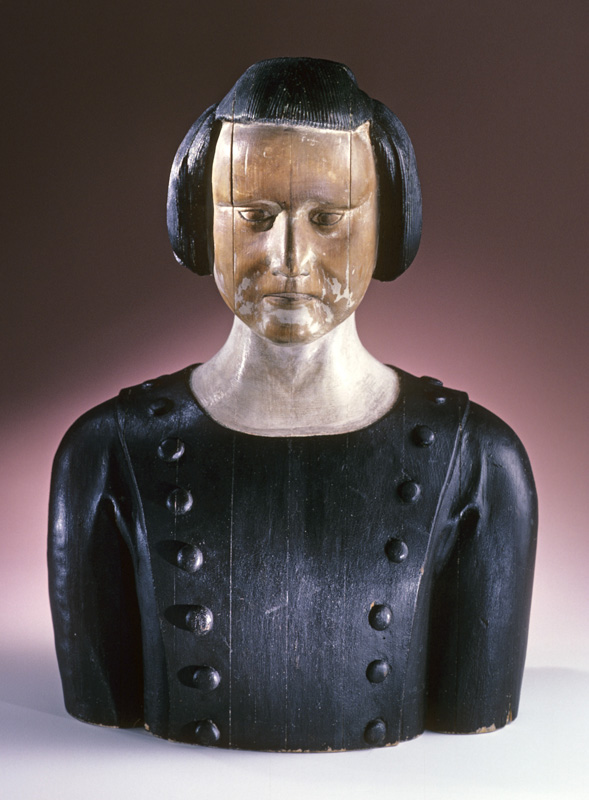 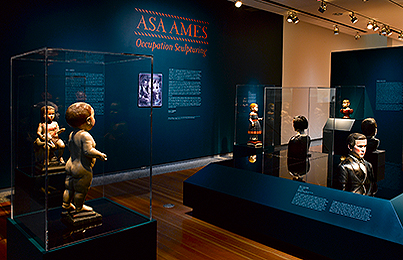 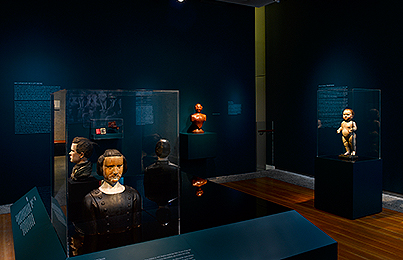 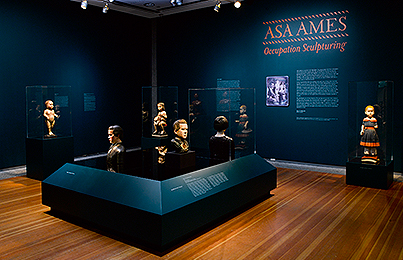 Ames’s artistry has a distinct personality. His work is full of signature tics, like his careful carvings of his subjects’ hair or ears.