The first annual Summer Saturday 2017 will be on July 22, starting at 11:00 am. Bring the kids to hear folk tales from years past. From our popular Free Music Fridays series, performances by singer-songwriters will take place throughout the day, and docents will lead guided tours of the museum’s exhibitions between sets. Artisans will demonstrate their skills, and their work will be for sale in the Museum Shop. A special 10% discount is available in the shop all day (20% for members). Summer Saturday 2017—if it’s folk, it happens here! #FolkSummer

Matt Singer is the singer-songwriter for The Big Littles, a super cute acoustic pop rock duo that deftly walks the tightrope of making genuinely enjoyable music for kids and grownups. Not cute enough? Matt plays a little guitar. Super cute.

Storyteller April Armstrong speaks and sings a tapestry of universal themes from legends, folktales, tall tales, and tail tales (some old, some new) that delights and inspires audiences. April was awarded a BRIO Award for storytelling in 2015 from the Bronx Council for the Arts. Her debut CD, The Cat Came Back: Stories and Songs with a Jazzy Twist, won a 2015 Parent’s Choice Award – Silver (available on her website, CDBaby.com, and Amazon.com). She and her jazz trio have performed her concert of Stories and Songs with a Jazzy Twist at the legendary Apollo Theater in Harlem, Flushing Town Hall, and the Abroms Art Center Theater. April is a featured teller for Historic Hudson Valley venues and has appeared at the Hudson River Clearwater, The Mohegan, and the Connecticut College Festivals. She tells stories for schools, colleges, libraries, and museums in the New York City tri-state area, California, and Florida. As an actress and singer, April has appeared in more than thirty productions, including two Broadway national tours, and at the Public Theater, as well as on Law & Order: SVU.

A self-proclaimed “whiney man child,” Andy Mac is a New York–based singer-songwriter who is constantly confused and sings about it. He owns Brooklyn Bass Drums, a small company that manufactures custom drums out of vintage luggage.

Bryan Dunn’s gutsy roots rock sound is like your favorite faded denim: intimate, classic, love-worn, and real. Combining the addictive hooks of the British Invasion, the storied swagger of Austin, Texas, and the plaintive soul of his Irish ancestry, Bryan’s songs are instant earworms. 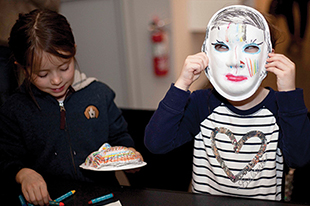 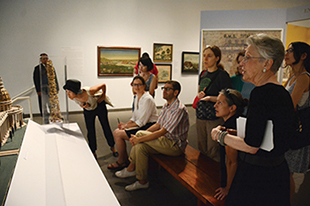