In conjunction with the exhibition Vestiges & Verse: Notes from the Newfangled Epic, join members of the American Folk Art Museum on a private tour of The Sketchbook Project.

The Sketchbook Project is a crowd-sourced library that features 36,120 artists’ books contributed by creative people from 135+ countries. It is located at Brooklyn Art Library in Williamsburg, Brooklyn. The visit will include a private tour of the space and then visitors will be invited to look through selected sketchbooks. The program is limited to 30 participants.

The Sketchbook Project began in 2006 in Atlanta, Georgia, and moved to New York City in 2009. Since that time, the organization has grown into a worldwide community of more than 70,000 artists. By focusing on the intersection of hands-on art making and new technology, The Sketchbook Project nurtures community-supported art projects that harness the power of the virtual world to share inspiration in the real world. 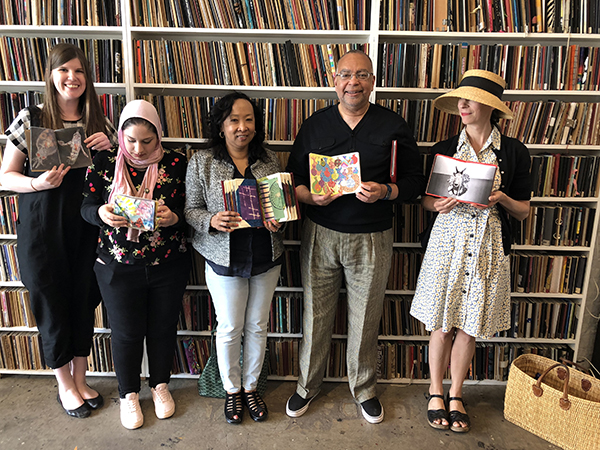