This half-day symposium will bring together scholars from a variety of disciplines and examine the lives and work of the Hitchcocks through different lenses, including poetry, geology, and paleontology.

Tekla Harms is Massachusetts Professor in Chemistry and Natural History (Geology) at Amherst College in Amherst, Massachusetts. Harms completed her AB degree from Bryn Mawr College in 1977, a MSc at Queen’s University of Canada in 1982, and the PhD at the University of Arizona in 1986. Harms was a National Research Council post-doctoral fellow with the U.S. Geological Survey before joining the faculty of the Geology Department at Amherst College in 1987. Her research centers on the evolution of mountain belts and the deformation of rocks caught in continental collision zones.  Her expertise is in the geologic history of the North American Cordilleran mountain range. She has worked in the field in the Brooks Range of Alaska, southern Yukon and northern British Columbia, eastern Washington, southwestern Montana, and the Coast Range of California, and has published on aspects of the geologic evolution of each of these areas. Harms is a Fellow of the Geological Society of America and the Geological Association of Canada.

Stacy C. Hollander is acting director and chief curator at the American Folk Art Museum. She is the award-winning curator and author of the exhibition and catalog Securing the Shadow: Posthumous Portraiture in America, and has served as curator and co-curator of numerous critically acclaimed exhibitions including War and Pieced: The Annette Gero Collection of Quilts from Military Fabrics, Self-Taught Genius: Treasures from the American Folk Art Museum, and The Seduction of Light: Mark Rothko | Ammi Phillip: Compositions in Pink, Green, and Red. Hollander has published on a wide range of folk art topics in catalogs, encyclopedias, scholarly journals, and magazines, and has lectured in the United States and abroad. She received her BA from Barnard College, Columbia University, and her MA in American folk art studies from New York University.

Dr. Melanie Hopkins is a paleontologist at the American Museum of Natural History. Her research focuses on the study of morphological evolution (i.e., how and why physical traits change in animals over time) using the fossil record, particularly the fossil record of trilobites. She is interested in the quantification and analysis of complex morphology, analysis of rates and patterns of evolution, the influence of development on the long-term evolution of lineages, how environmental change influences morphological change, and the importance of scale and hierarchy in understanding long-term patterns of evolutionary change and the processes underlying them. Many projects are specimen-based and rely on the extensive use of museum and new field collections. Other projects have made use of community databases, such as the Paleobiology Database. Hopkins is active in field work, particularly North America and Scandinavia.

Allison C. Meier is a Brooklyn-based writer focused on history and visual culture. Previously, she was a staff writer at Hyperallergic.com and senior editor at AtlasObscura.com. She moonlights as a cemetery tour guide.

Naila Moreira teaches science and nature writing at Smith College and is writer-in-residence at the Forbes Library in Northampton, MA. After earning her doctorate in geology at the University of Michigan, she worked as a full-time journalist, Seattle Aquarium docent, and environmental consultant. She has authored two poetry chapbooks, Water Street (Finishing Line Press, 2017) and Gorgeous Infidelities (Impossible Dream Editions, 2014), which was published as an art book in collaboration with internationally recognized photographer Paul Ickovic. Her poetry, nature essays, and journalism have appeared in publications such as the Naugatuck River Review, Cape Rock, Pirene’s Fountain, Silkworm, Boston Globe, Seattle Times, Science News, and Common Online. She writes a monthly environment column for the Daily Hampshire Gazette. This spring, her poetry appeared on Smith campus as a digital art installation in collaboration with photographer Pamela Petro (sponsored by the Northampton Arts Council), and her poem “American Elm” was set to music by composer Greg Brown and performed in concert during a Musical Tribute to Smith’s Trees, sponsored by the Smith Botanic Garden.

Amy Pollack is an artist working and living in New York. She graduated from the New York City High School of Music and Art, then earned a BFA from The Cooper Union, and a BA from Brandeis University with a major in Art History and with honors in Graphics. The Course of Nature is her first full-length book and is a collaboration with her husband, Columbia University professor Robert Pollack. An earlier version of the book has been used as a reading in the Columbia College core course “Frontiers of Science,” and in the Stevens Institute of Technology program in Arts and Letters.  Her recent works include illustrations for publications of the Stevens Institute of Technology’s College of Arts and Letters, illustrations for the Columbia University student magazine Sanctum, and illustrations in Crosscurrents magazine. Her facility with scientific matters stems from summers spent at the Marine Biology Lab at Woods Hole, Massachusetts, and on her work as a technician at Brandeis University, where she looked to make ribosomes from yeast.

Robert Pollack has been a professor of biological sciences at Columbia since 1978, and was dean of Columbia College from 1982 to 1989. He graduated from Columbia University with a BA in physics, and received a PhD in biology from Brandeis University. He received an Alexander Hamilton Medal from Columbia University, and has held a Guggenheim Fellowship. He is the author of Signs of Life: The Languages and Meanings of DNA (Houghton Mifflin/Viking Penguin, 1994), The Missing Moment: How the Unconscious Shapes Modern Science (Houghton Mifflin, 1999), and The Faith of Biology and the Biology of Faith: Meaning, Order, and Free Will in Modern Medical Science (Columbia University Press, 2000). Signs of Life received the Lionel Trilling Award and has been translated into six languages. In 2010, he was elected to be the fourth director of The University Seminars at Columbia. The Course of Nature is a collaboration with his wife, artist Amy Pollack.

Educational programs are sponsored in part by the Anne-Imelda Radice Education Fund, the Blanchette Hooker Rockefeller Fund, Con Edison, the Council for Traditional Folk Art, the Ford Foundation, public funds from the New York City Department of Cultural Affairs in partnership with the City Council, the Department of Youth and Community Services, New York State Council on the Arts with the support of Governor Andrew M. Cuomo and the New York State Legislature, and City Council Member Helen Rosenthal. 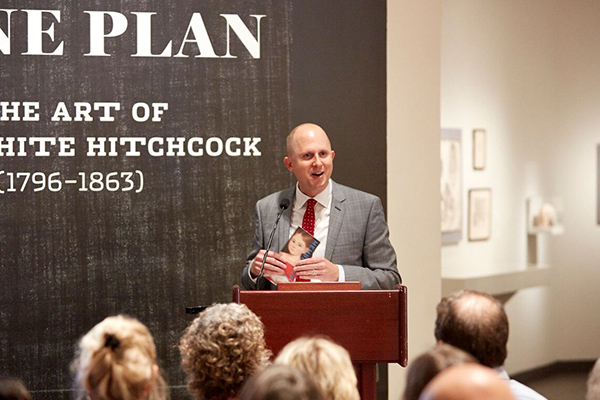 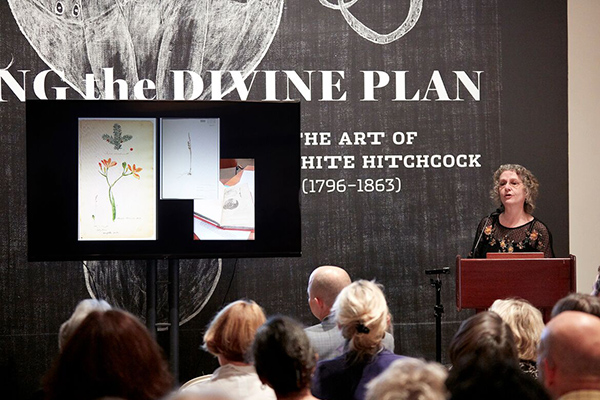 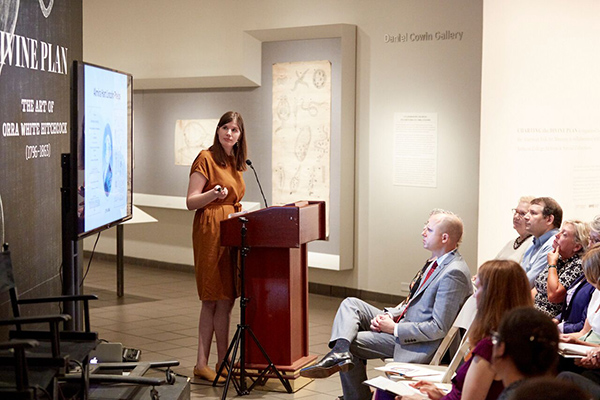 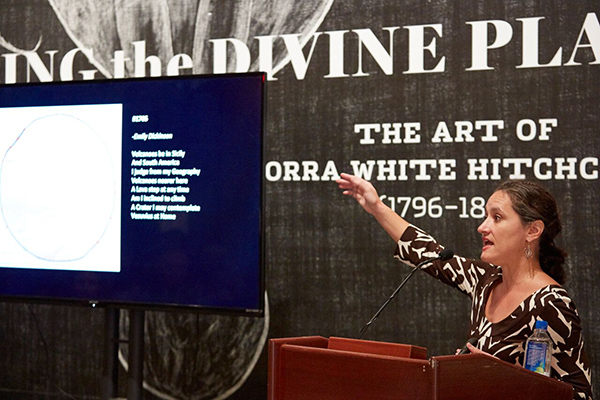 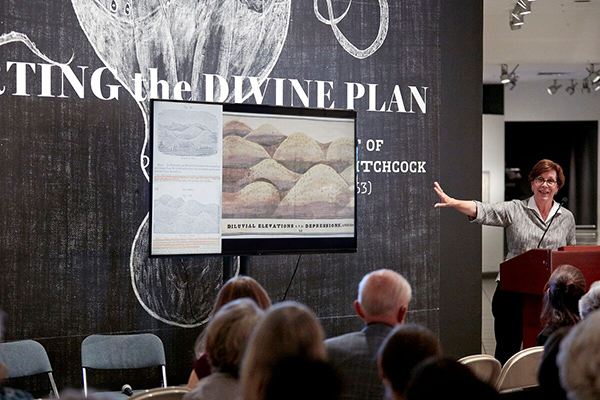 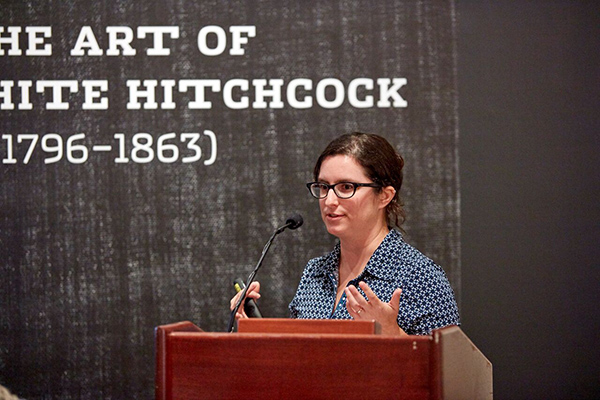 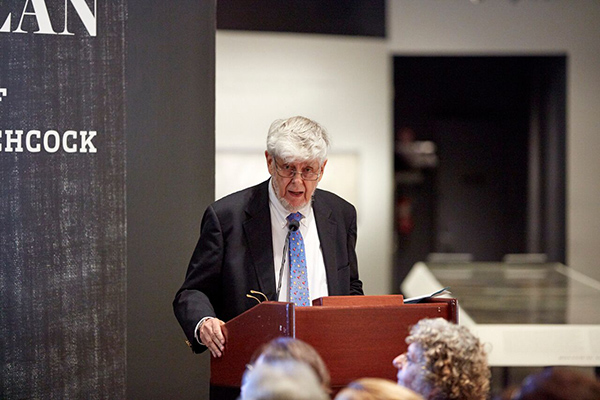 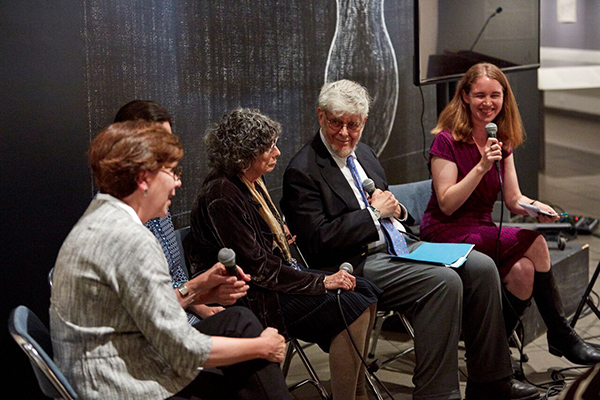 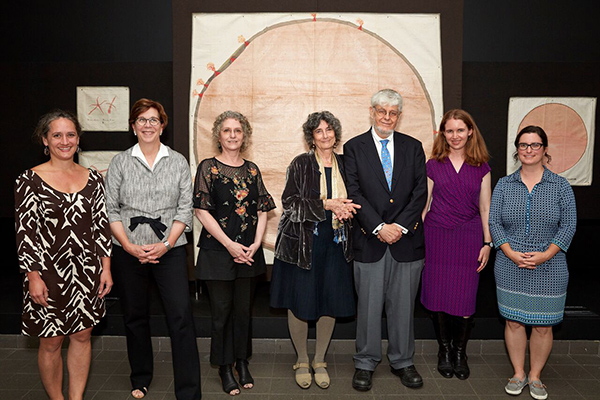