Contemporary artist Ellen Gallagher will discuss her ongoing Watery Ecstatic series, featuring painted, carved, and collaged marine specimens that fit within an Afrofuturist narrative, while exploring how they relate to the scientific illustrations on view in the exhibition Charting the Divine Plan: The Art of Orra White Hitchcock (1796–1863).

A Critical Walk-Through is a 40-minute guided tour that is meant to offer an alternative perspective to the works on view. It includes conversations with artists, scholars, and curators, providing an intimate opportunity to engage with the central themes and histories found in the artwork. The program is limited to 25 individuals.

Ellen Gallagher lives and works in New York and Rotterdam, the Netherlands. From the outset of her career, Gallagher has brought together non-representational formal concerns and charged figuration in paintings, drawings, collages, and films that reveal themselves slowly, first as intricate abstractions, then later as unnerving stories. The tension sustained between minimalist abstraction and image-based narratives deriving from her use of found materials gives rise to a dynamic that posits the historical constructions of the “New Negro”—a central development of the Harlem Renaissance—with concurrent developments in modernist abstraction. In doing so, she points to the artificiality of the perceived schism between figuration and abstraction in art. Selecting from a wealth of popular ephemera (lined penmanship paper, magazine pages, journals, and advertising) as support for her paintings and drawings, Gallagher subjects the original elements and motifs to intense and laborious processes of transformation: accumulation, erasure, interruption, and interference. Like forensic evidence, only traces of their original state remain, veiled by inky saturation, smudges, staining, perforations, punctures, spills, abrasions, printed lettering, and marking—all potent evocations and emanations of time and its materiality. This attained state of “un–knowing” fascinates Gallagher and is one of the primary themes in her work. 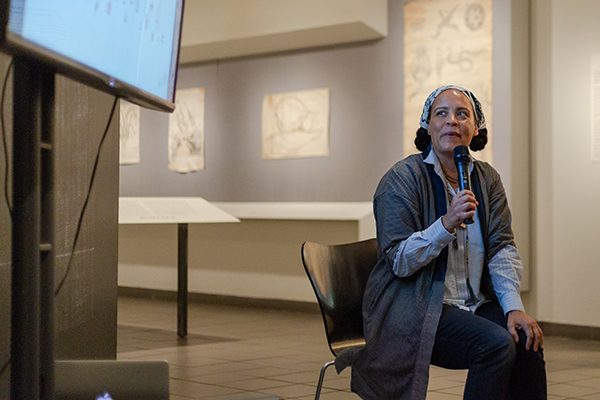 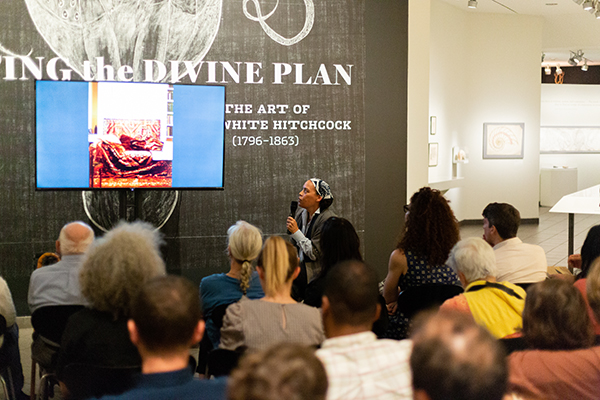 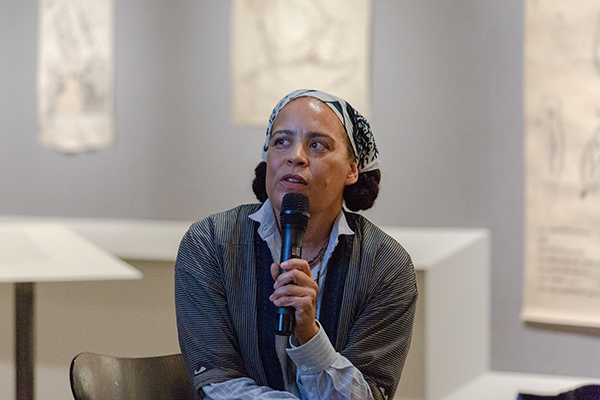 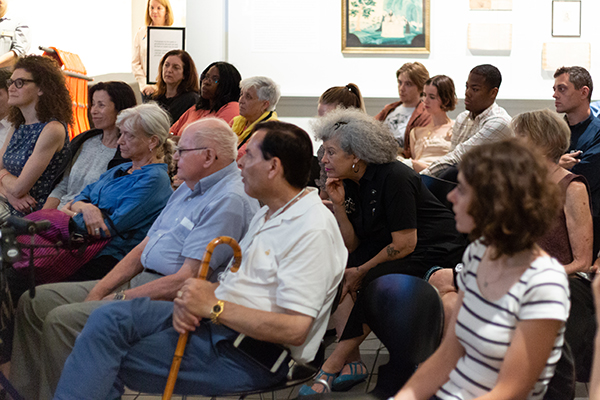 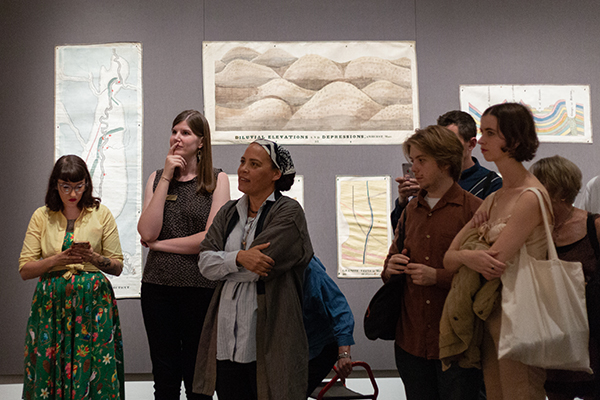 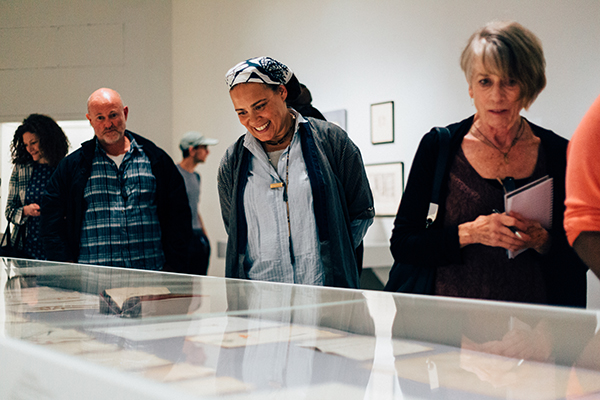 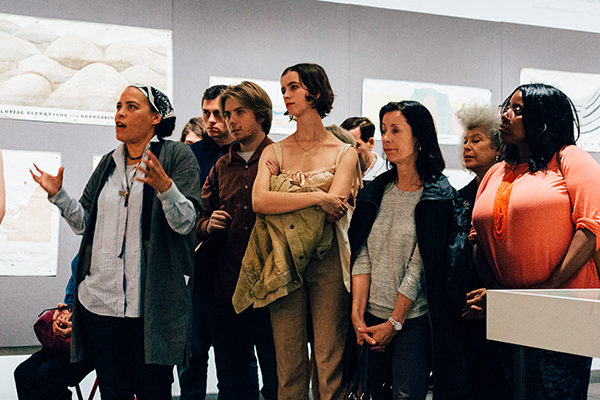 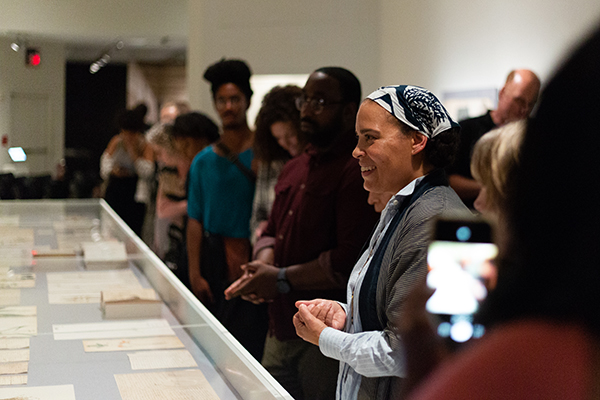 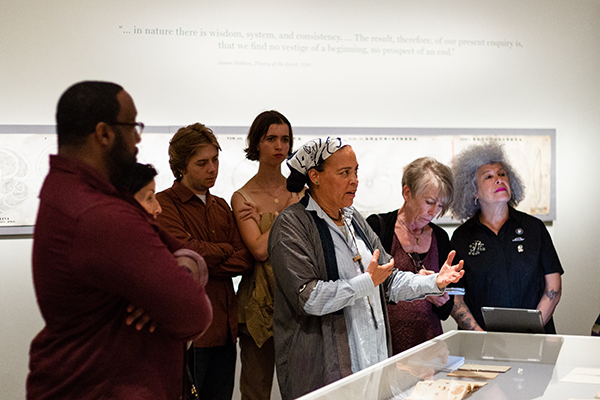